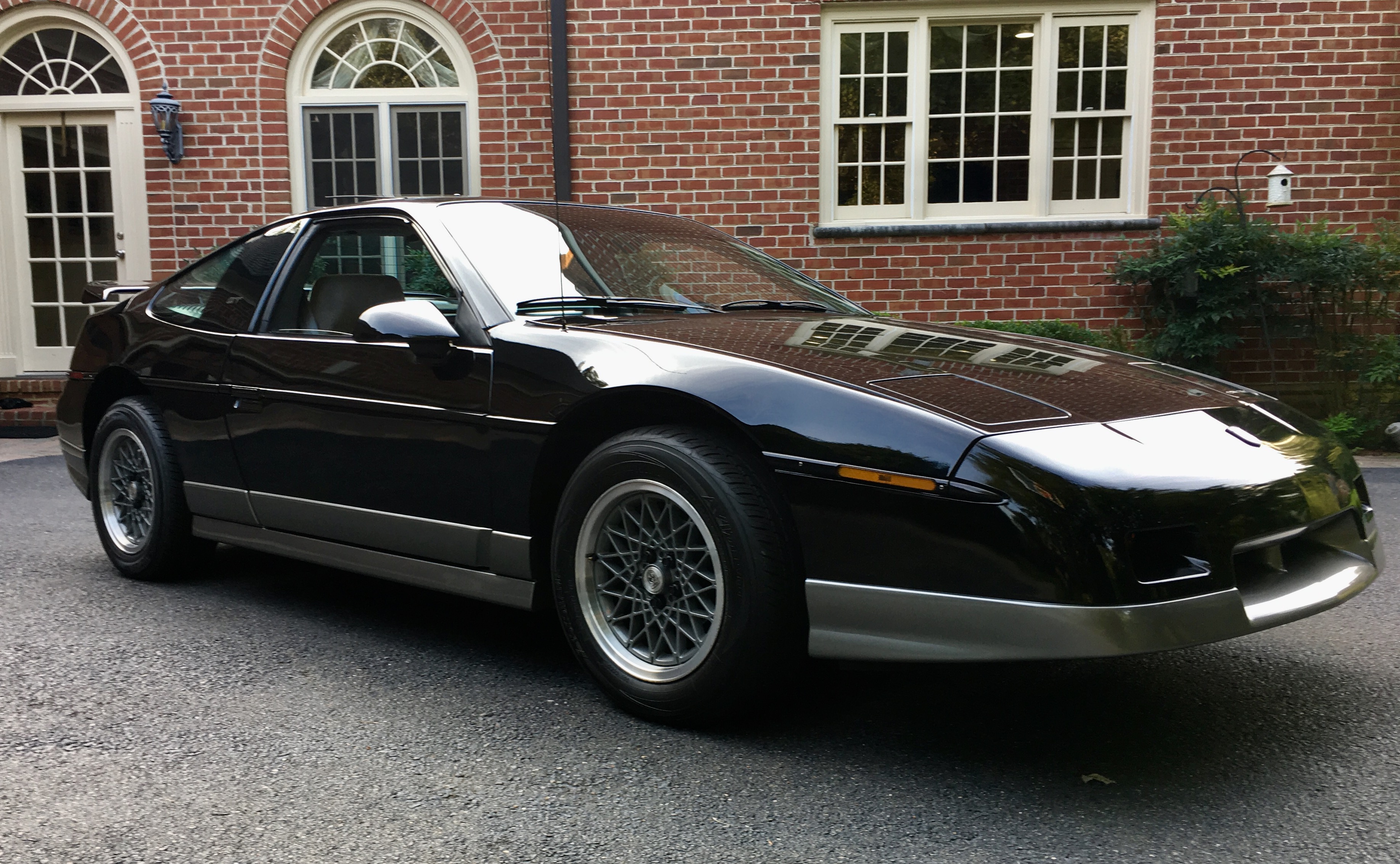 There was but one owner of this car from 1989 through 2015 and he passed away shortly after acquiring it. His wife knew how much he loved the car and could not bear to sell it after he died. She therefore kept and maintained his dream Fiero for the next 25 years though rarely drove it. When she herself passed away, the car was sent to auction. It is an amazing time capsule. Everything works as new and I put a fresh set of radials on her while also keeping the original Goodyear Eagle GT’s. As with other American efforts to build a great small car (see the Cosworth Vega that I also just had to have), GM made the same mistake over and over again by not getting them right for the start. So 1984 notchback Fiero’s with weak 4 cylinders and automatic transmissions and dubious reliability gave the car a bad reputation. By 1986, improvements were numerous (including much more power with the V6 and Muncie Getrag) and I can’t express enough just how nice this car is to drive. If only GM had gotten it right the first time! Enjoy the pics.