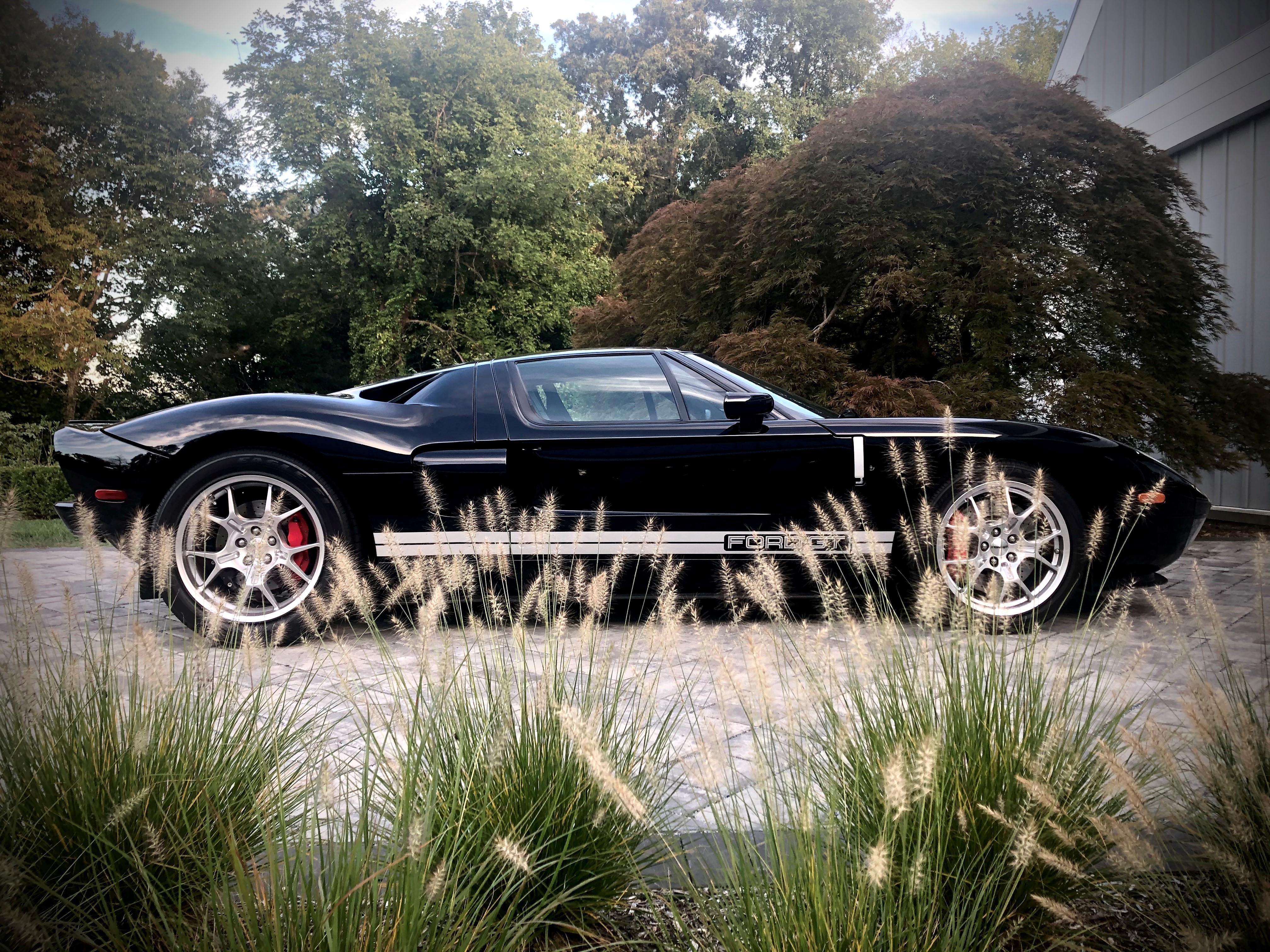 FORD’S 2005 TRIBUTE TO THE ORIGINAL GT40 IS TRULYSPECTACULAR!

By now, and with a little help from Matt Damon and ChristianBale, everybody knows about Henry Ford II’s (“Deuce”) mandate for his team tocreate a car that would end Ferrari’s dominance of the 24 Hours of LeMans backin the mid 60’s. His being insulted by Enzo may have been the catalyst, buthistory speaks for itself. Ford beat Ferrari every year between 1966 and 1969.The mid 2000’s development of the Ford GT (they dropped the “40” which stoodfor height above the ground in the 60’s cars but modern safety regulationsensured the new one would sit taller) was nothing short of spectacular, with4,038 machines produced over a two year run (2005-2006). They are all poweredby a 5.4 liter supercharged hand built aluminum V8 that puts out 550 horsepowerand 500 foot pounds of torque. The car is incredibly balanced and drives in a“connected and analog” way that is completely different than the electronic anddigital technology used in today’s supercars. I’m pretty sure it’s the reasonthe word “Wow” was invented because I say it every time I power out of a turnin it.

After driving a used one for the first time back in 2009, Iwas sold…. hook, line and sinker. I couldn’t get comfortable on the price onthe first one I drove (heck, these things cost $160k when new and this guy hadthe nerve to still want $160 5 years later! For a Ford!!). Well, I certainlyshould’ve recognized its historical significance and bought it right then andthere without bickering but chalk it up to another round of myopia… a themethat would recur for the next 10 years because as I got more and morecomfortable paying a bit more, values kept rising even faster than that so Iwound up being the silver medalist on a number of GT’s over the years. Ifinally bit the bullet in early 2018 and pulled the trigger on exactly what Iwas looking for… the black and silver beauty (my favorite color for it) thatyou see here with only 3,000+ miles on it (over 4,000 now) and all four options.Red painted calipers, silver stripes, MacIntosh premium audio and upgradewheels. This car was further enhanced with a built in Ctek battery tender,Accufab exhaust, Ford Racing coil covers, oil reservoir caps, shift knob andseat hot buttons along with custom floor mats and a 3M/Venture Shield for frontend paint chip protection. The engine bay was even signed by Steve Saleen at aFord GT event some time before I bought it. Wow!....there’s that word again.Enjoy the pics!