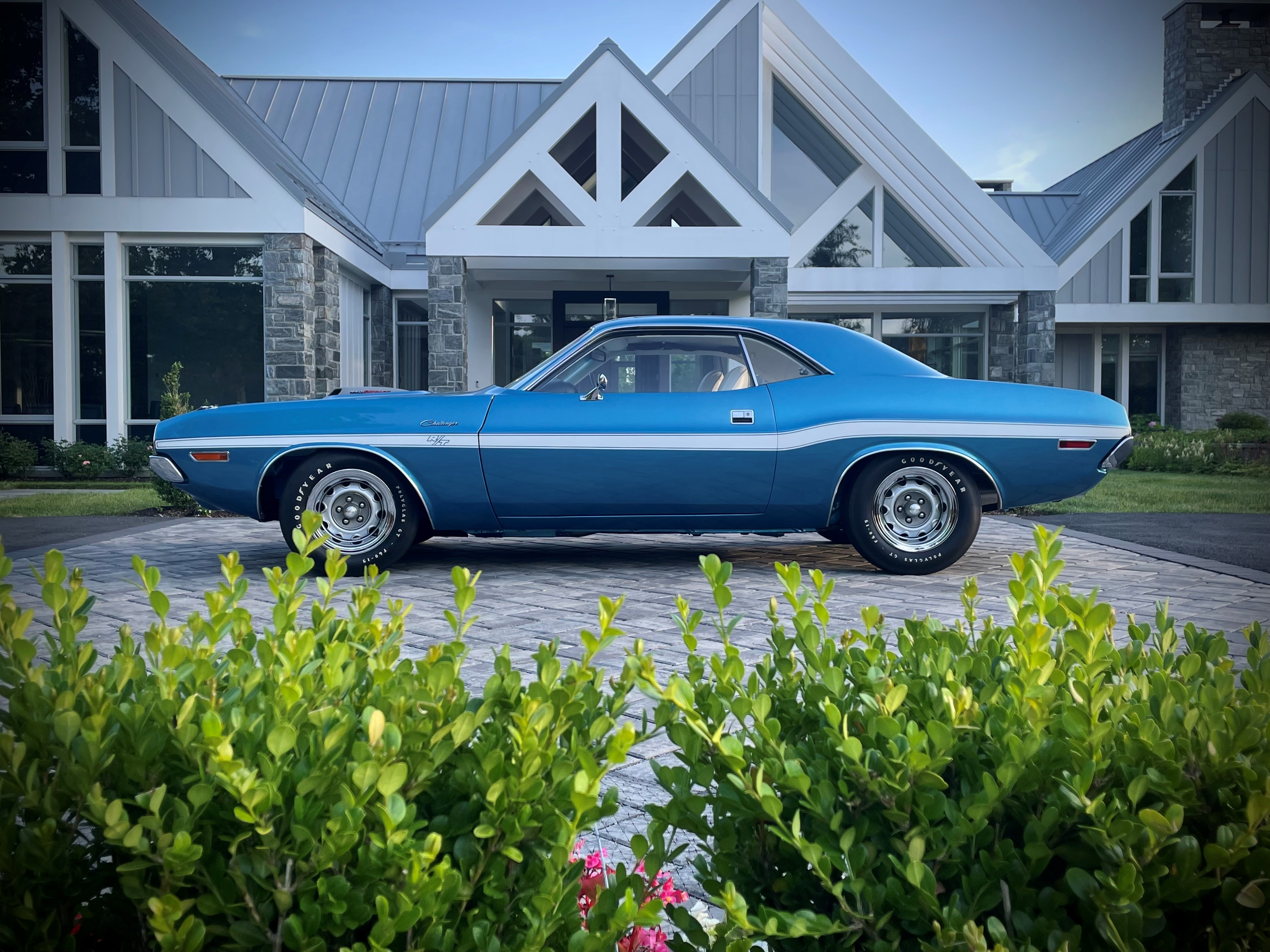 To my eye, B5 Blue is an amazing color offered by Dodge in 1970 and particularly so when combined with the high trim grade white vinyl buckets and striping of this amazing rotisserie restoration of a1970 Challenger R/T. Powered by the legendary 440 cubic inch V8 with 3 2bblcarburetors putting out 390 horsepower, this original 4 speed car built on October 6, 1969 in Hamtramck, Michigan is one of my favorites. It’s sometimes easy to forget how much rarer these Chrysler muscle cars were back in the day compared with the high performance versions of Camaros and Mustangs but, as documented in Galen Govier’s Registry, this is one of only 847 440/6 pack Challenger R/T 4 speed cars built in 1970. Originally built for a customer in Montreal, this Challenger was sold to a new owner in Oregon which is who I bought it from. Gotta love Mopars from the late 60’s/early 70’s… special cars and the quality and documentation of this one makes it far more special than most! Enjoy the pics!!