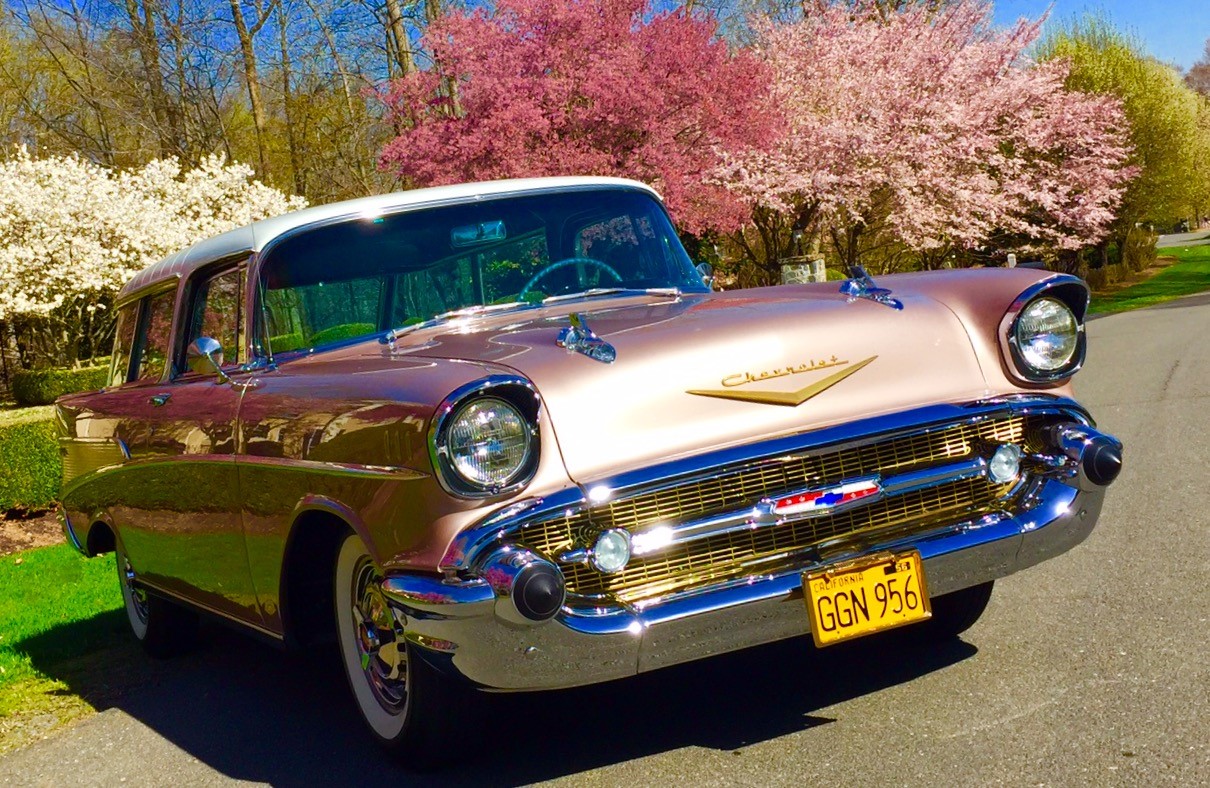 NO BETTER NO MAD! THIS ROTISSERIE RESOTRATION IS SECOND TO NONE!

The tri-five Chevy’s are all special, but to me,the 57’s were simply the pinnacle of design and ingenuity. I did a double takewhen I researched production numbers for full sized (called standard size backin the day) Chevrolet car production. They built 1,555,316 full sized Chevy’sin 1957– over 1.5 million! And of that lofty total, less than one half of onepercent (6,234), were Nomads. Introduced as “The Beauty Queen of All StationWagons”, the Bel Air Nomad was expensive (Over $2800 to start and filled withequipment and style), and Motor Trend magazine said it was “the long forstyling marriage between the production sports car and the family workhorse.”Of course, it was a sales flop but that rarity makes it the most collectible ofall the tri-fives.

This beauty, optioned in two tone Imperial Ivory over Dusk Pearl, ismagnificent and is powered by the ubiquitous 283 V8 with a 4 barrel carburetorworking through that indestructible 2 speed Powerglide automatic transmission.The restoration was the amazing work of a gentlemen I met from Santa Ana,California who spent the years between 2007 and 2011 painstakingly getting itjust right. The rust free donor car came from Idaho. You’ve got to see thiswork to believe it (the interior is spectacular!). Enjoy the pics!