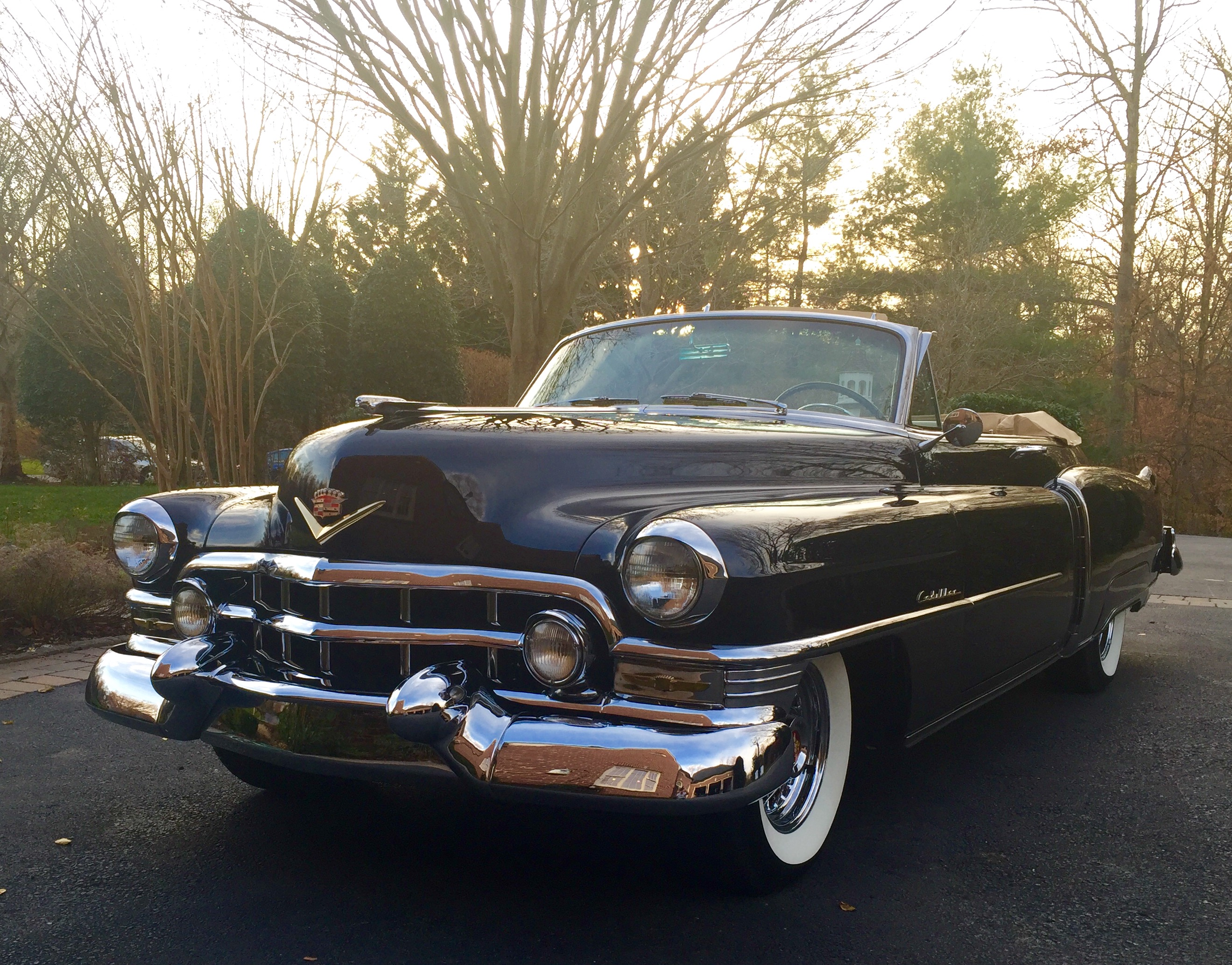 Postwar Cadillac’s were truly the “Standard of the World” and, particularly in convertible form, represented the latest in technological, engineering, and production craftsmanship. They were an immense source of pride for the strength and power of everything American. Cadillac’s Series 62 full sized luxury cruiser was produced from 1940 through 1964 and the 1952 model year was dubbed the “Golden Anniversary” series as it represented the marque’s 50th year in business.

Engine output from the overhead valve V-8 rose to 190 horsepower in 1952 from 331 cubic inches of displacement. The V-shaped deck and hood emblems were done as gold castings to commemorate the golden anniversary. Backup lights were now standard equipment and were incorporated into the taillights. The grill wraparound panels were redesigned once again and having broad chrome trim below each headlight with side scoop styling and gold colored winged emblems mounted in the center. At the rear, all Cadillacs adopted the now famous through the bumper dual exhaust system with the fuel filler concealed underneath the left rear taillight. New standard features included a self-winding clock, improved direction signal indicators, glare proof mirrors, stannate treated pistons for improved durability and four barrel carburetion. Sales totaled 70,255 and accounted for a record 78% of all Cadillacs.

This beautiful example is a North Carolina car where it was cared for and babied by only three previous owners in its 60 plus year history. A few years back, it was treated to a concours quality body-off restoration to exacting standards. The body was removed from the frame which was sand blasted, painted and rechromed. A new matching convertible top in dark blue was fitted with new hydraulics fitted to operate the top, the power windows, and the air conditioning with amazing efficiency. All new glove soft leather upholstery designed to the original pattern and specifications was fitted along with period correct carpeting, door sill plates and fitted boot for the top. This 5,000 pound rolling living room drives and rides incredibly smoothly with its V8 power and 4 speed fully automatic Hydra-matic transmission.

Cadillac – The Standard of the World