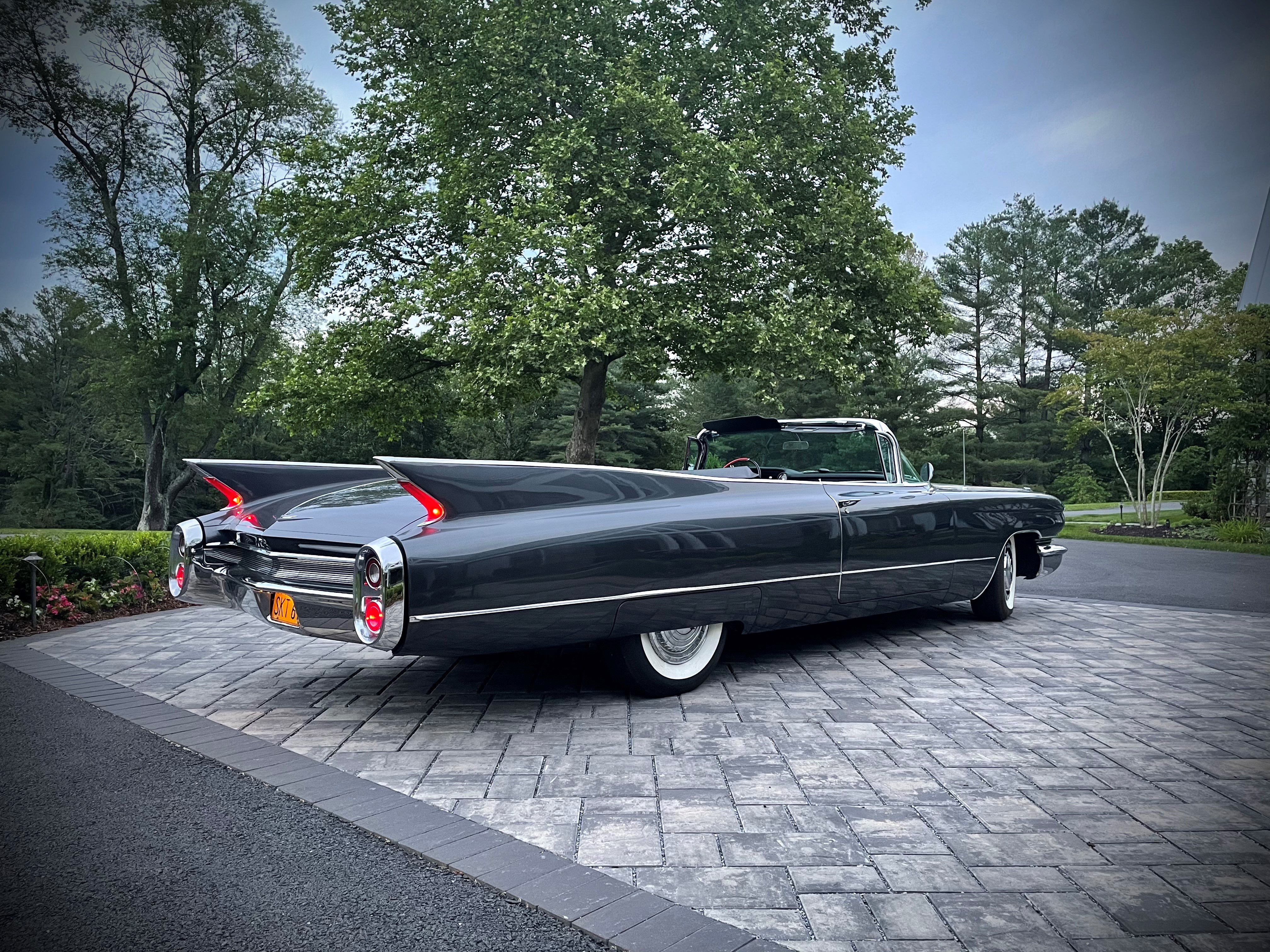 Although I live on the east coast, my company has commercial real estate interests on the West Coast and beginning in the early part of the 2000's, I started spending a lot of time there, particularly in Silicon Valley. I came across this car when driving the market one weekday and so I stopped to ring the doorbell. This incredibly hospitable husband and wife living in Cupertino came to the door and he was happy and anxious to show me the Caddy he was working on in his small garage, clearly infatuated with the restoration of the unattainable dreams from earlier in his life. He had been working on this beautiful rust free example for years and I couldn't help but to check in on his progress with every trip I made out west until finally I had to have it and we cut a deal. I had never seen a better color than the Aleutian Gray Metallic on the big Caddy since it was both understated given the nearly 19' of length of this majestic car, but also played off the ample chrome grill and bumpers beautifully. I loved the interior choice of supple black leather and the red accents in the steering wheel sealed the deal. That was in 2008 and I've driven her at least monthly since. The 1959 and the 1960 were the first generation of big Caddy's designed by Bill Mitchell, the legendary GM designer who was taking over from another legendary GM designer, Harley Earl. While the 59's were the most outrageous, to me the 60's were the most beautiful--better proportioned and more elegant. Fabulous time for Cadillac.